To share your memory on the wall of Paul Bailey, sign in using one of the following options:

Provide comfort for the family of Paul Bailey with a meaningful gesture of sympathy.

We encourage you to share your most beloved memories of Paul here, so that the family and other loved ones can always see it. You can upload cherished photographs, or share your favorite stories, and can even comment on those shared by others.

From all of us at Meriter sent flowers to the family of Paul L. Bailey.
Show you care by sending flowers

From all of us at Meriter

From all of us at Meriter purchased flowers for the family of Paul Bailey. Send Flowers

Posted Jan 02, 2020 at 02:53pm
Thank you Buggy for all of your support and encouragement all these years your example as a person and as a man was something I quietly followed going to miss you and that big smile look forward to paying my respects love you your nephew Bernard
Comment Share
Share via: 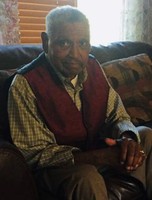