To share your memory on the wall of RONALD PENNICK, sign in using one of the following options:

Provide comfort for the family of RONALD PENNICK with a meaningful gesture of sympathy.

Ronald Earl Pennick came into this world on March 18, 1959, to the union of Henry and Earline Pennick. He was the fifth child born to Henry and Earline, and became the most athletic of all. We nicknamed him, “Poonie”, and his mother called him, “Little Man”. He could run like the wind and would always run instead of walk and this earned him many honors. When he graduated from the CVS High School he earned a football scholarship to Indiana University and the University of Hawaii. Ron was also recruited by the Chicago Bears and the Dallas Cowboys but preferred not to play, saying, “I was tired of getting my bell rung”. In May 2019, he was inducted into the CVS Alumni Hall of Fame.

Poonie was born into, baptized, and raised up in the St. Mary’s Baptist Church on 63rd Street in Englewood (Chicago), pastored by the founder Rev. J.J. Warren. He moved to Minneapolis in 1994, and 10 days later met Sue Bartolutti, who he married in 2005. Ron and Sue relocated to Madison, WI in the summer of 2019. Ron worked as a pharmacy technician for almost 20 years, most recently at Fairview Health Services in Minneapolis, and then at SSM Hospital in Madison. While at Fairview, he served as vice president of AFSCME Local 1164.

After retiring as an athlete, he participated as an informed spectator. In particular, he continued to enjoy football, basketball, and horse racing. He also enjoyed traveling with his wife, journeying to Italy on three separate occasions.

Ron’s storied athletic accomplishments are far overshadowed by his personal qualities. He has been universally recognized by family, friends, colleagues, teammates, and neighbors as a good man with a big heart and a ready smile, someone who brought fun and humor to any situation, a wise elder, and a leader who transcended differences. He loved hard and was loved much in return.

We encourage you to share your most beloved memories of RONALD here, so that the family and other loved ones can always see it. You can upload cherished photographs, or share your favorite stories, and can even comment on those shared by others.

Posted Dec 29, 2019 at 02:22am
Condolences to the Pennick family. "Poonie" was a fun, fantastic bright light. At a time when energy abound on the field and through out the halls, Ron was most energetic. His smile was contagious, he had a way of letting you know he had in mind and heart only what was best for Cavaliers.
We Love you Ron, RIP.

Our Dearest 'Poonie, you ran with the gift of life, at an all time charismatic speed and finesse. Dodging fouls, red flags, keeping opponents at your feet! Cheering for you and the team, was a treat! With fondest memories and great times in our 'hey day'; me, you and Mickey (tell her, Hi for me); our laughter, last kiss, hug and farewell embrace at the 40th Reunion, I (especially) still feel today. Looked forward to seeing you, Lance and Elijah 2021-2022.

With God's Grace, the remaining 77 Champions of life, will continue to gather in unity and love, cheering from the 'Sidelines' for the great times we all had, and our blessed notability. So many have made it to the Finish Line, then there's the rest of us staying connected, until The Coach pulls us out of the Game. Your final victorious 'Touchdown' saddens many of us to know that you, will not be present to celebrate for years to come...but joyful tears surfaces of how our class has been blessed, knowing you are at peace, and executed your best!

Posted Dec 23, 2019 at 08:24pm
CELEBRATION OF LIFE FOR RONALD E. PENNICK
Date of Birth:3/18/1959 Born into Eternity: 12/02/2019
Life is so tender, so fragile, so very precious.
"God is our refuge and strength." Psalm 46:1
Ron will be remembered. There are no words to make the pain go away, but take comfort in knowing he is at peace, and know that his legacy will live on in the hearts of all who loved him.
With Sympathy and Prayers to the Pennick Family
77 Cavs4Ever

Posted Dec 23, 2019 at 09:33am
Ron Pen, I always athough he was cool. We used to be in tailoring shop together and made slacks and a matching vest. In 1989 he used to work at the Knickoboker Hotel of Michigan Ave. , across from the John Handcock building. He used to hook me up with valet in front parking. He was fast and manuverable. Thanks for bringing us the 1977 City Championship and whipping the catahlic league for the first time in I think it was 17 yeas.

I miss you man.

Posted Dec 16, 2019 at 01:39pm
I would like to give my heartfelt condolences to the Pennick family. I was a teammate of Ron’s, who we fondly called ‘Poonie”, in high school. Not only was I a teammate, but I was a revered fan. He was an outstanding student athlete who mesmerized everyone with his exceptional artistry on the field!!! Poonie will be truly missed and my prayers are with the family who have lost an extraordinary manIIII

I went to CVS with and am Poonies cousin. I was so young And still in high school when my dad was killed and loss track of my dad Marvin Housing’s family. While his passing is a great loss, He has been a conduit to my family reuniting through his passing. All who knew him will miss him. His life touch everyone he encountered and I am proud to be his cousin. 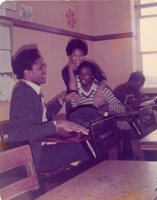 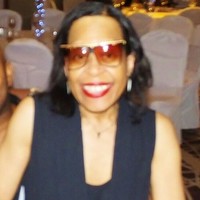 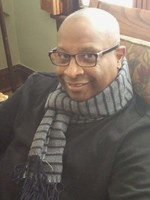