To share your memory on the wall of Kenneth Winrich, sign in using one of the following options:

Provide comfort for the family of Kenneth Winrich with a meaningful gesture of sympathy.

Kenn (with 2 N's as he always insisted) was the eldest, born in Havre, MT, on September 4, 1953 to Donald and Arlene (Bitterman) Winrich. He married Carol (South) Winrich on Sept 21, 1973, in Madison, WI where their 3 children, Jeremy, Shawn and daughter Esther were born. Kenn was a longtime member and employee of City Church (formerly Madison Gospel Tabernacle), where he loved to worship and developed lifelong relationships.

He was self employed and working for Chase lumber company at the time of his accident. In his free time he enjoyed riding his motorcycle, discussing philosophical topics, working with computers, Linux, complaining about Microsoft and other large mega corporations stomping all over the little guys. Be sure to poke your Microsoft equipped computer in his honor so he knows he got in a few last jabs. He'd have a huge smile on his face knowing that Microsoft had to cave and now embeds Linux in their Operating system. If you have no idea what that means, just know that he was way ahead of his time in many respects.

Kenn was always an extremely hard worker, many times suffering in silence from lack of sleep and exhaustion. He was always a rebel and rooted for the underdog and the runt. He will always be remembered for doing what HE believed to be right, never caring what people thought of his actions, beliefs or outfits. We will always remember his tank tops, long striped shorts, knee high tube socks with colored rings at the top and sandals. He frequently looked goofy but was always friendly talkative and loved the Lord and his family. He lived by the Love Thy Neighbor command and always tried to help others even when it was continually at his expense and they maybe didn't deserve it.

He was also very good at drawing in his high school or so years and drew cars that resembled many that were designed and built years later.

While grieving, we rejoice that Kenn is running up and down the streets of heaven (or riding motorized toys) with those who have preceded in death. His parents Donald L. Winrich and Arlene B. (Bitterman) Winrich, his grand parents and many aunts and uncles. He is survived by children, Jeremy Winrich of Madison, Shawn (Jennifer) Winrich of Madison, Esther Derfus of Sun Prairie, sisters Ardyth (Curt) Sailsbery of Waupaca, WI, Janet (Mark) Felton of SunPrairie, WI, Sharon (David) Batz of Bristow, VA, and brother Stanley (Dawn) Winrich of Waupaca, 4 wonderful grandchildren; Basil (Justice), Kai (Kaili), Mason and Desiree and many nieces and nephews.

In lieu of flowers, please consider memorial gifts that can be made to www.gofundme.com/f/kenn-winrich-memorial.

The family would like to thank you and let you know that Online condolences Pics and special memories can be added here on the Memory Wall tab and at Kenn Winrich Memories, public group on Facebook.
Read Less

We encourage you to share your most beloved memories of Kenneth here, so that the family and other loved ones can always see it. You can upload cherished photographs, or share your favorite stories, and can even comment on those shared by others.

Posted Oct 26, 2019 at 05:43am
At 8:01 AM 10/23/19 my brother Kenn Winrich stepped out of his broken body and into his new one, after 14 1/2 years he is rejoicing in heaven and running up and down the streets of gold, by now he is having a celebration with dad, mom, Eldon, Orville. Keith, Lois, Lavern, Helen and others who have gone before him! Its been a tough situation having mourned his loss in an everyday sense so many years ago, now its time to say goodbye a final time on this earth, till we meet again in the next life.
Comment Share
Share via: 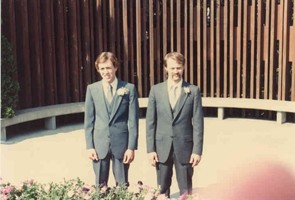 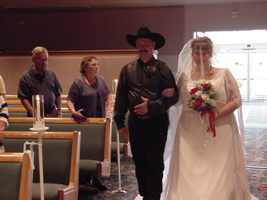 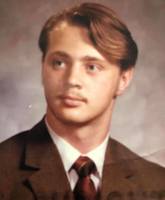 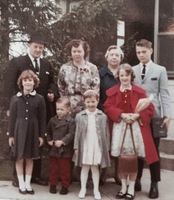